The pathogenesis of hypercholesterolemia is believed to involve the production of internal “dampness” and “phlegm” that leads to internal obstruction including “qi stagnation” and “blood stagnation”.

The three main zang organs involved are believed to be the Spleen, Liver, and Kidney though the Heart is obviously involved by virtue of the fact that it controls the circulatory system. The fundamental pathogenesis of hypercholesterolemia according to Fu  is both Spleen and Kidney deficiency and “phlegm” and “blood stagnation.” Spleen qi deficiency is believed to be the most important factor in pathogenesis of hypercholesterolemia, consistent with theory which holds that “dampness” and “phlegm” are produced by a malfunctioning Spleen .

The mechanisms by which the aetiological factors create the pathogenesis of the disorder are complex. These factors are believed to include poor diet that leads to malfunctioning of the Spleen and production of internal dampness and phlegm. Emotional upsets, in particular anger, may lead to Liver qi stagnation . Qi stagnation can lead to blood stagnation. Kidney and Spleen Yang deficiency can also lead to internal dampness . Liver and Kidney Yin deficiency may also be involved. 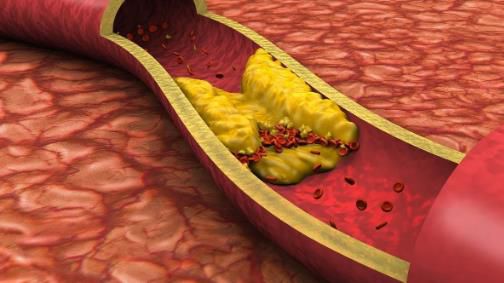