Insufficient lactation refers to the common clinical symptom that milk secretion of a nursing mother is insufficient to feed the baby. In some cases there may even be no secretion of milk at all. Ancient people named it as lack of milk and halted milk flow due to deficiency of qi and blood or to stagnation of the liver qi. It is clinically divided into deficiency and excess types.

Milk is transformed from qi and blood, the origin of which are nutrient substances of food or the acquired essence. Either the weakness of the spleen and stomach or profuse loss of qi and blood during delivery may effect the formation of milk.  The delayed or insufficient secretion of milk after delivery is due to the insufficiency of qi and blood. Those who have no milk secretion definitely suffer from the weakness of the Thoroughfare and Conception vessels.

Liver Qi Stagnation: It is caused by mental depression after delivery impaired dispersing of the liver qi, disorder of qi and blood, blockage of the meridians, and obstructed flow of milk, finally bringing on the insufficient lactation. 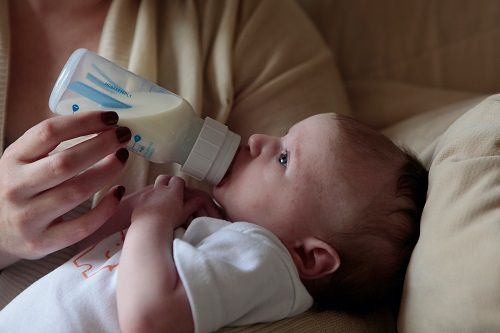